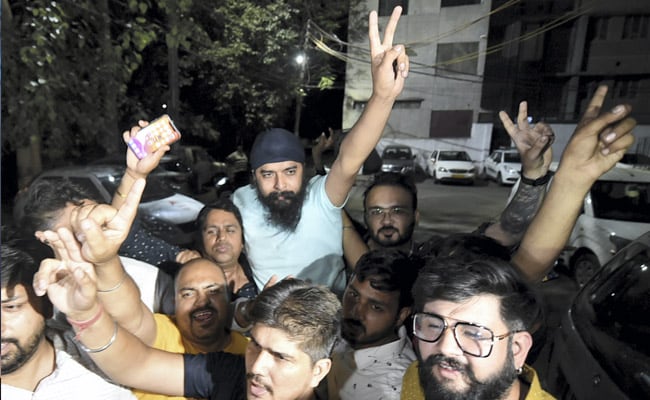 A Mohali Court today directed the Punjab police to arrest BJP leader Tajinder Pal Bagga and produce him before it in connection with a case registered against him on the charges of making provocative statements, promoting enmity over his tweets against

This comes a day after Mr Bagga was taken into custody from his Delhi home by the Punjab police amid high drama. On their way to Mohali, the team was stopped by Haryana cops after the Delhi police registered a kidnapping case based on a complaint by Mr Bagga’s father.