Distressed By Cousin’s Death, Man Jumps Into Her Funeral Pyre In Madhya Pradesh 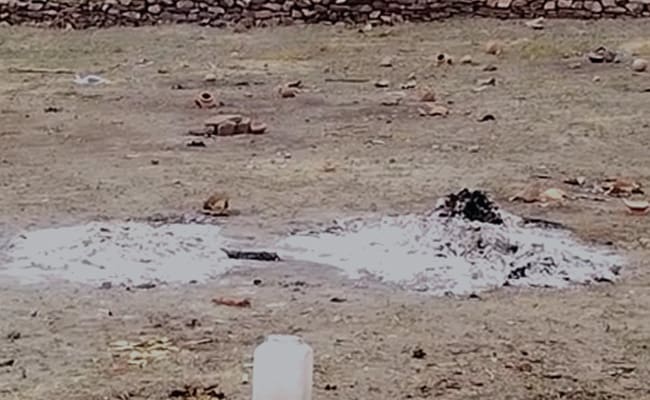 On Sunday morning, the man’s last rites were performed near the pyre of Jyoti.

Distressed by his cousin’s death, a man died by suicide by jumping into her burning pyre in a shocking case from Madhya Pradesh. He was seen bowing before her body and then took the fatal step, according to eye witnesses.

The woman, Jyoti Daga, died after she slipped into a well in Sagar district’s Majhgawan village on Friday. Her last rites were performed on Saturday. After lighting the pyre, the relatives went to their respective houses. After some time, the cousin, Karan, reached the crematorium.

The villagers informed his family as soon as they spotted him but it was too late by the. The 21-year-old’s was severely burnt before his family could reach the spot.

He was rushed to the hospital but he died on the way, said Bharat Singh Ghosi, the sarpanch of Majhgawan village.

On Sunday morning, his last rites were performed near the pyre of Jyoti.

The status of the whole matter will be known only after a police investigation, said Baheriya police station in-charge Divya Prakash Tripathi.