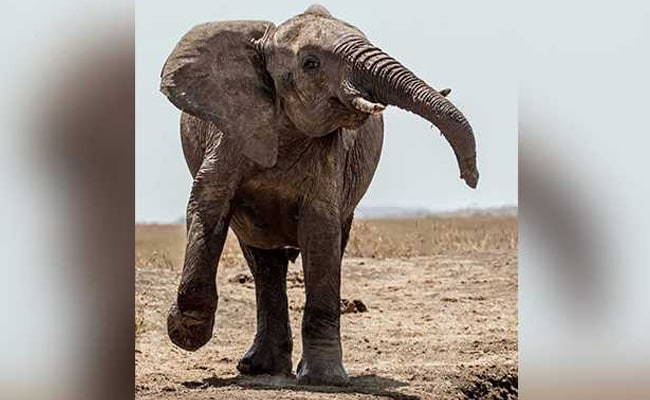 The elephant lifted the man with its trunk and flung him to the ground. (Representational)

A 47-year-old man was killed after a wild elephant attacked him in Chhattisgarh’s Gaurela-Pendra-Marwahi district, a forest official said on Sunday.

With this, four people have so far been killed in attacks by jumbos in the district bordering Madhya Pradesh since March this year.

Gond screamed as he spotted a tusker in the backyard of his house.

The elephant lifted the man with its trunk, flung him to the ground and trampled him. Gond died on the spot, the official said, adding that the man’s wife managed to escape.

The family of the victim were provided an instant relief of Rs 25,000, while the remaining compensation of Rs 5.75 lakh will be given after the completion of necessary formalities, he said.

A herd of three elephants had entered the Marwahi forest area from the neighbouring Anuppur forest division in MP and the tusker that attacked Gond and others villagers recently belonged to the same herd, the official said.

On Friday, a 47-year-old man was killed by the elephant near Maladand village under Sivni forest circle of the Gaurela-Pendra-Marwahi district.

On March 20 this year, a 10-year-old girl was trampled to death by an elephant near Rumga village in the district.

Besides, a woman was killed in a similar attack near Parasi village on March 24, officials earlier said.

Human-elephant conflicts in the state’s northern part have been a major cause of concern for the last one decade and the menace has further spread to some districts of the central region in the last few years.

Surguja, Raigarh, Korba, Surajpur, Mahasamund, Dhamtari and Gariaband are some of the districts facing the menace.

According to forest officials, over 200 people were killed in elephant attacks in the state in the last three years.