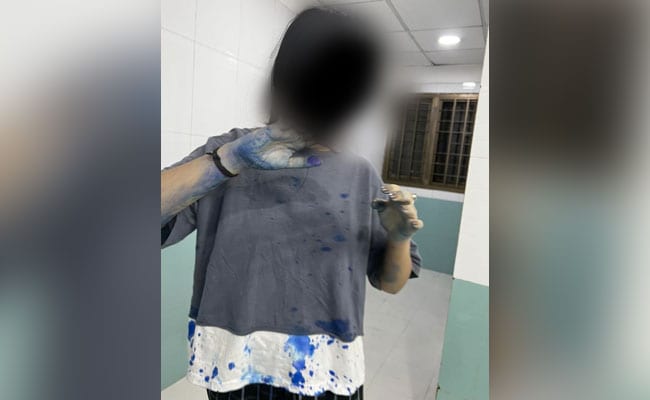 The woman was taken to AIIMS Trauma Center and thoroughly examined, the police officials said.

A 23-year-old woman who levelled rape allegations against the son of Rajasthan minister was attacked with ink on a road in Delhi on Saturday, police officials told NDTV. A case has been filed and an investigation has been ordered into the matter, they said.

The attack took place while she was walking on the road with her mother in South Delhi. Two men were involved in the attack, the woman said in her complaint to the police.

The men threw a “blue liquid” at her near Kalindi Kunj Road and fled.

The woman was taken to AIIMS Trauma Center and thoroughly examined, the police officials said.

The woman is the complainant in a rape case filed against the son of Rajasthan Minister Mahesh Joshi. Following her complaint, a case was registered in Delhi and a police team was sent to Jaipur to arrest the minister’s son, Rohit Joshi, last month. The minister’s son was however not found at home.

In her complaint, the woman has alleged that the minister’s son raped her on several occasions between January 8 last year and April 17 this year, and also promised to marry her.

The woman said she developed a friendship with Rohit Joshi on Facebook last year and they have been in contact since then. She also accused Rohit Joshi of kidnapping and blackmailing.

Rajasthan Chief Minister Ashok Gehlot has ruled out the possibility of any action against minister Mahesh Joshi, the father of the accused, contending that there is no allegation or charge against the minister.