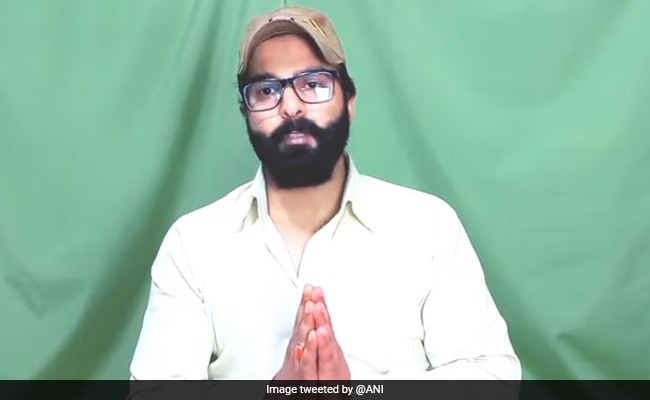 A YouTuber from Kashmir apologised today for posting a video that showed him beheading an effigy of the suspended BJP spokesperson. “Yesterday, I made a VFX video about Nupur Sharma which went viral all over India. And an innocent person such as me got implicated in the controversy,” Faisal Wani said in a fresh video today.

He also said that he did not intend to hurt the sentiments of people from other religions. Mr Wani said that he had deleted his video which had gone viral.

In his apology, Mr Wani said, “I hope you will make this video viral too like my other video. This is how everyone will know that I am apologetic about my actions.”

Two people were killed and dozens arrested after demonstrations across the country and clashes in some cities, including in Howrah near Kolkata, over the remarks by Sharma and Jindal.

The comments made over two weeks ago have led to anger in India and abroad, with several West Asian countries demanding a public apology, summoning Indian envoys and seeing calls for a boycott of Indian products.

India has called them “views of fringe elements” but that has not calmed the anger among Muslim groups in India, who have been demanding the politicians be arrested.