Neither Tiger Shroff Nor Nawazuddin Siddiqui Can Salvage This Smashup 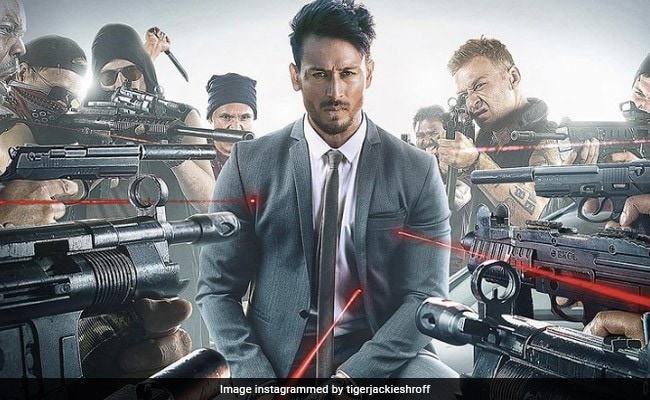 If there is anything at all that Heropanti 2, coming eight years after Tiger Shroff made his acting debut with Heropanti, proves beyond an iota of doubt, it is this: if you make a film with an apology of a screenplay and expect a star to bail you out, it is a surefire recipe for a cinematic catastrophe.

Heropanti 2 is bilge, pure and unabashed. But its makers – producer Sajid Nadiadwala, screenwriter Rajat Arora and director Ahmed Khan – are not to be denied or dissuaded. They turn to a maniacal illusionist (played by Nawazuddin Siddiqui) in the hope of whipping up the magic that the movie seeks but sorely lacks.

This devilish magician – he is called Laila and he wears rouge on his cheeks and nail polish on his fingers – gives it all he has. Genuine success eludes him because his bag of tricks is filled with infantile stuff. He sways when he walks. Is that meant to be a contrast to the hero’s swag? If it is, it only reflects a sad paucity of ideas and shocking insensitivity!

Laila, no matter how wily and wicked he is, is hardly a match for a mighty protagonist who leaps around with animal-like agility and possesses the strength and ferocity to pulverize the villain’s minions without breaking a sweat. The hero, Bablu Ranawat, is a complete package – a hunk, a hacker and high-performance combatant.

Nawazuddin Siddiqui isn’t obviously the one producing the heropanti here. That is the sole domain of Tiger Shroff, who carries on from where he left off not only in 2014’s Heropanti, but also in all his subsequent films. He jumps into the fray to right a wrong that he had a part in perpetrating on unsuspecting bank account holders robbed off their life’s savings.

Heropanti 2 opens with a sequence in which Laila hypnotizes and tames a poisonous snake as part of a stage performance. The connection between the antagonist and serpents is evoked all through the rest of the film via the means of the sibilant sounds that Laila makes when he is excited.

Also in the film’s opening moments is a meeting where Laila and his cohorts hatch the conspiracy to hack into the computer systems of all major Indian banks on March 31, the last day for filing of taxes, and clean out their reserves without leaving a trace. It is clear at the outset that the hero has a huge job on his hands. Bablu warms up slowly. Once the initial inhibitions are dealt with – his mother (Amrita Singh) helps him along – he turns into an unstoppable crusader who swears to prevent the magician from pulling off his most damaging trick yet.

Heropanti 2 is built around a series of action sequences designed to for the lead actor to peddle all manner of physical stunts. A gaming entrepreneur Inaaya (Tara Sutaria), who does precious little apart from accompanying the hero on his countless romantic romps and violent punch-ups, is always by his side.

She is there with a reason, which is revealed late in the first half. Not that the disclosure makes any major difference to the flow of the film, but it does add a layer to Bablu’s growing hostility towards Laila and vice versa.

Tara Sutaria is about as clueless as the screenplay writer about the manner in which the character should be projected. She gets to do her number in a slew of musical set pieces that lend only surface lustre to the film while bringing the narrative to a standstill.

But that is true for the film’s other elements, too. Heropanti 2 moves forward, if at all, in fits and starts. Plot details are dished out in the form of little trickles that do little to catch the audience by surprise. Nothing that the film serves up is anything but wholly predictable.

By way of misplaced meta-ness, the film plays on the lead actor’s name when Bablu – the hero of Heropanti answered to the same name although this sequel isn’t a continuation of the original tale – reminds Laila that it is foolish for a magician to mess with a tiger. What it forgets to do is think up original punchlines that could liven up the confrontations between the two adversaries.

Never have a villain’s henchmen been as ineffectual a bunch of oafs as the ones that are half-heartedly paraded in Heropanti 2. Mark, Zahid, Dogra, Uday and sundry others – they are spread across the world and are supposed to be criminal masterminds – are not the sort of guys anybody, let alone a greedy, power-crazy bad guy, would entrust his life to.

The script ensures that none of these bumbling men gets anywhere near upstaging either the laughable Laila or the brawling Bablu Ranawat. When one of the villain’s lackeys fails to accomplish a mission, he demonstrates his loyalty to his master by jumping off a terrace at the count of three.

Heropanti 2 is the sort of film that would count for little unless you are an inveterate Tiger Shroff fan. It never stops trying the audience’s patience. It trots off in various meaningless directions and jumps back and forth between time-frames with utter disregard for clarity and cohesion.

Those that are invested in what is transpiring on the screen – one presumes that Tiger Shroff fans might find something to engage with even in this mess – would have to keep guessing continually as the protagonist flits between the past and the present.

Main parinde jaisa hoon/meri koi boundary nahi hai/naa mai kisika naa koi mera (I am like a bird, I have no boundaries nor any attachments), says the hero in one random flight of fancy. How true! Heropanti 2 is indeed a bird that has no idea which direction it should be flying in.

Bablu dhoondne se nahi kismat se milta hai (you find Bablu not by choice but by chance), Bablu pipes up when a character arrives at his door looking for him. One commodity you should definitely not look for in Heropanti 2 is logic. There isn’t a chance in hell one would have in finding any.

This is a smashup of a film built upon a heap of inanities that grows bigger every passing minute. Neither Tiger nor Nawazuddin can salvage it.