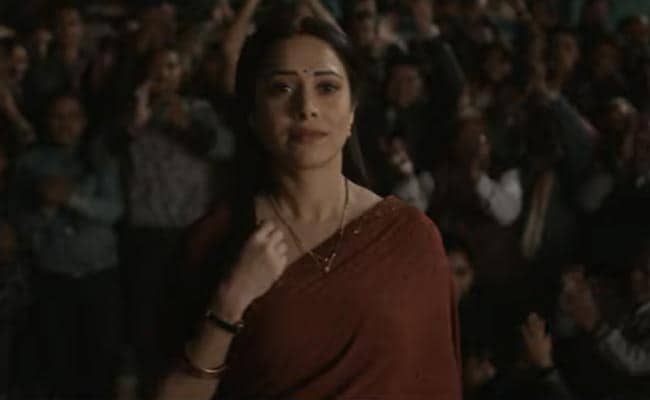 Makers have unveiled the trailer of Nushrratt Bharuccha‘s upcoming film Janhit Mein Jaari. Ever since they released the first poster of the film, the movie buffs have been eagerly waiting for the trailer. Helmed by Jai Basantu Singh, the film also stars Anud Singh Dhaka, Vijay Raaz, Paritosh Tripathi and Brijendra Kala in pivotal roles. In the film, Nushrratt plays the role of a salesgirl who sells condoms for a living despite societal resistance. Sharing the official trailer on Hitz Music’s YouTube channel, the description read, “A social-comedy-drama Janhit Mein Jaari headlined by Nushrratt Bharuccha promises to tickle your funny bones and open your mind to possibilities. Narrated in a humorous way, the film encompasses the journey of a young girl who sells condoms for a living despite societal resistance.”

“It’s the story of a girl who juggles working towards the betterment of women, telling people the importance of using protection while handling the resistance of her family and in-laws towards her job,” the description further read.

Speaking about her role in the upcoming social comedy film Nushrratt Bharuccha in the statement, said, “I was intrigued with the concept of Janhit Mein Jaari right from the moment I first heard the one-liner. To be able to speak aloud about such a hush-hush yet crucial matter, and for it to be laced with humour that will appease the family audience and all of this narrated from a female’s perspective attracted me to the script. It’s an absolute delight to collaborate with Raaj again and I’m so excited to be part of India’s first female franchise backed by Vinod Bhaunshali.”

Produced by Vinod Bhanushali and Raaj Shaandilyaa, Janhit Mein Jaari is scheduled to release on June 10, 2022.