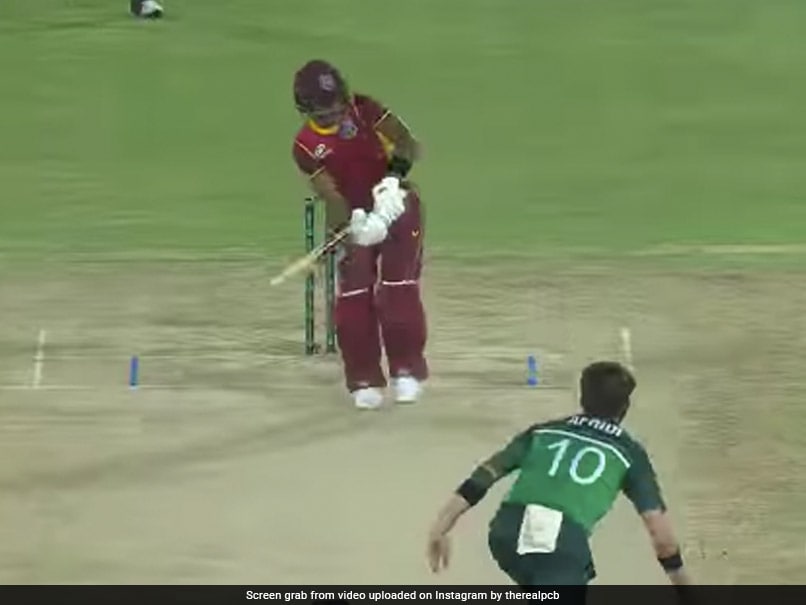 Shaheen Shah Afridi has developed a habit of giving Pakistan early breakthroughs, especially in the limited-overs formats. In the second ODI against West Indies, the left-arm pacer delivered in the very first over of the visitors’ chase as he dismissed the in-form Shai Hope for just four runs. Shaheen bowled five in-swingers on the trot to Hope, who had scored a brilliant century in the first ODI, and the opener even flicked one away for a boundary. But then, the pacer moved the final delivery away from Hope and the opener could only give the cover fielder a simple catch as he was caught at the crease without any foot movement.

The early wicket helped set up a 120-run win for Pakistan, that saw them take an unassailable 2-0 lead in the series.

Spinner Mohammad Nawaz was the star with the ball, as he ran through the West Indies lineup with figures of 4/19.

He got the wickets of Shamarh Brooks, Brandon King, Rovman Powell and Nicholas Pooran as West Indies were bowled out for 155 in just 32.2 overs.

Earlier, half-centuries from Babar Azam and Imam-ul-Haq helped Pakistan post a total of 275/8 after they opted to bat.

Shaheen also contributed with the bat, as he hit 15 off just 6 deliveries, smashing three boundaries in the final over of Pakistan’s innings to help give them a strong finish.