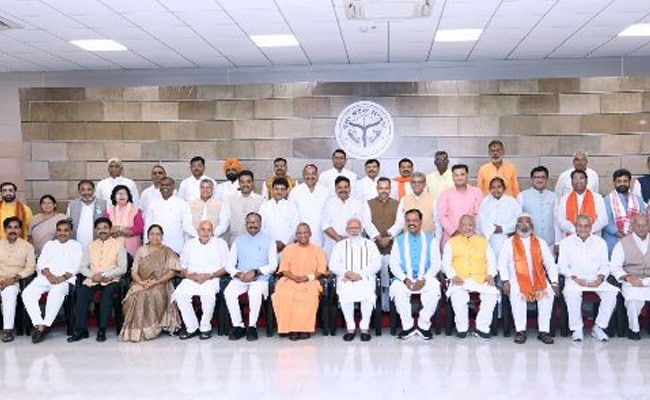 Prime Minister Narendra Modi, who visited Nepal earlier in the day on the occasion of Buddha Purnima, stopped over in Uttar Pradesh capital Lucknow and will have dinner with Chief Minister Yogi Adityanath.

On agenda, is also an interaction with UP ministers on governance.

This is the Prime Minister’s second Lucknow visit after the BJP’s big assembly polls win.

The Prime Minister was seen in a group photo with the Chief Minister and the entire cabinet.