Mr. Gandhi, 51, entered the headquarters of the federal probe agency in central Delhi around 11 a.m. after he started from the Congress office on Akbar Road accompanied by a large convoy of party leaders including Priyanka Gandhi Vadra, Rajasthan Chief Minister Ashok Gehlot and Chhattisgarh CM Bhupesh Baghel. 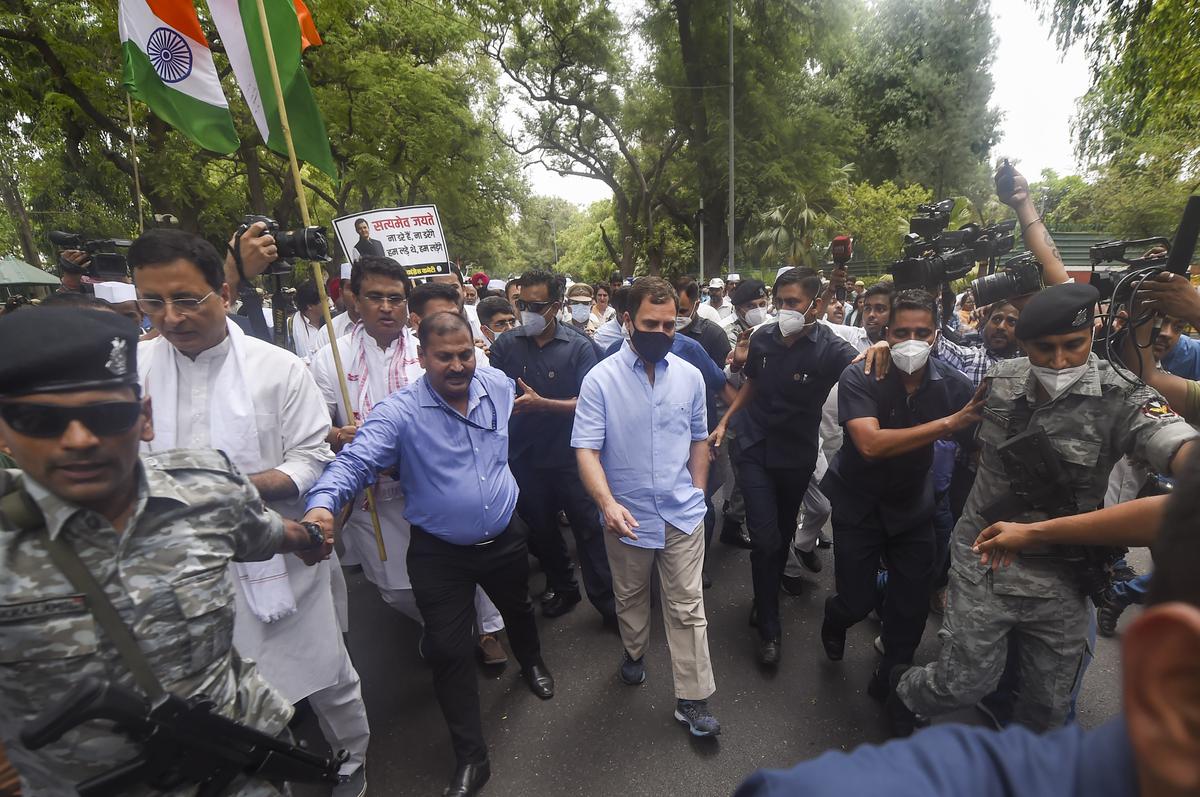 Congress leader Rahul Gandhi leaves for ED office amid protests by party workers, after being summoned for questioning in the National Herald case, in New Delhi on June 13, 2022.
| Photo Credit: PTI

In view of the barricading, Mr. Gandhi took a detour to reach the probe agency’s office. This is the first time that Mr. Gandhi has appeared before a Central probe agency for questioning in a case.

Also read: Explained | What is the National Herald case and why has the ED summoned Sonia and Rahul Gandhi?

Ahead of the proposed march by the Congress leaders, the Delhi Police imposed Section 144 CrPC in the area around party headquarters at Akbar Road in New Delhi asking them not to violate the law.

Hours before Mr. Gandhi was scheduled to appear before the ED, the Congress workers, who had gathered for the march against the ED, were detained from areas around AICC office at Akbar road in New Delhi and taken to Mandir Marg police station, officials said. 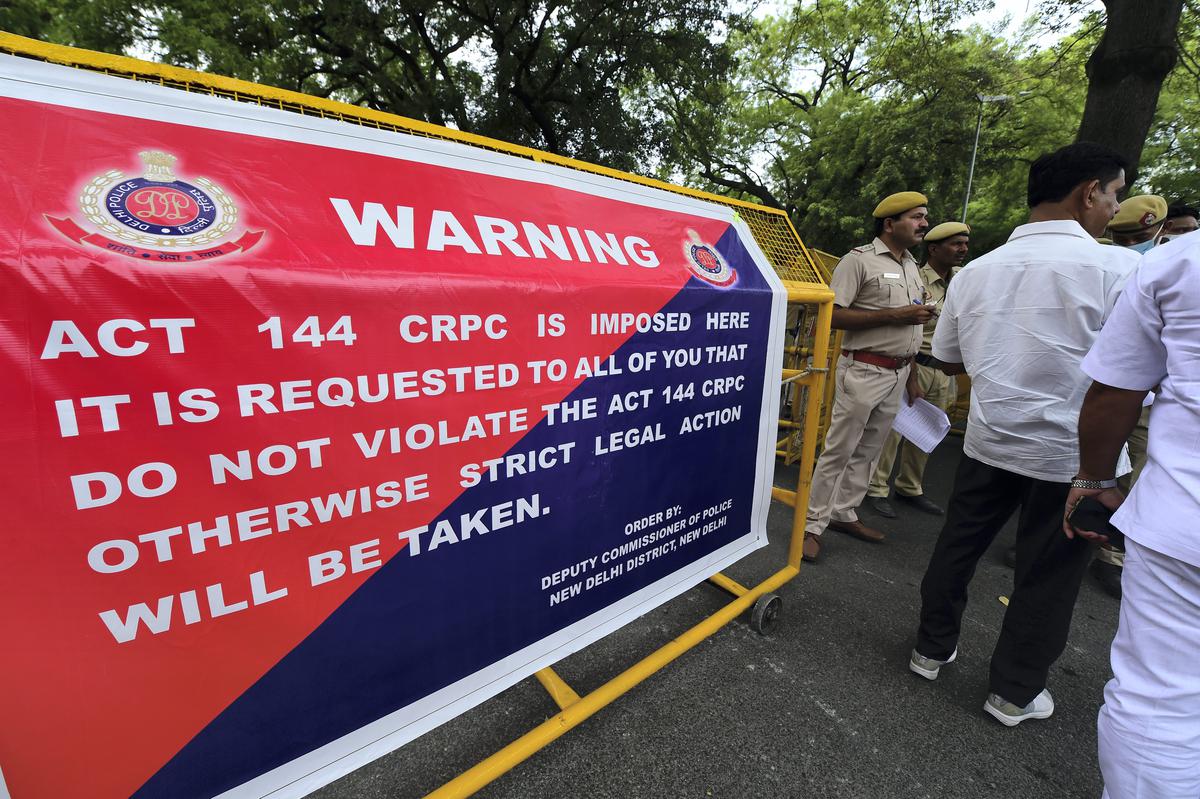 Security personnel outside AICC office, with a barricade informing about the imposition of Section 144 Code of Criminal Procedure in the area, in New Delhi on June 13, 2022.
| Photo Credit: PTI

The ED will record the statement of the Lok Sabha member from Wayanad in Kerala under the criminal sections of the Prevention of Money Laundering Act (PMLA).

The probe pertains to alleged financial irregularities in the party-promoted Young Indian that owns the National Herald newspaper.