Ukraine Counters Report That “Ghost Of Kyiv” Is Dead, Says It’s A Myth 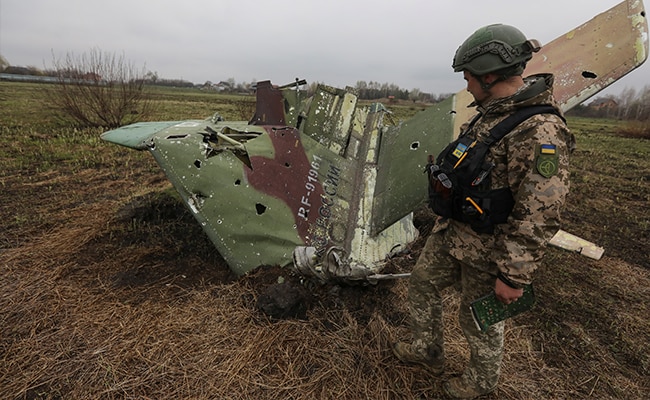 Russia has lost many fighter jets since the Ukraine war began on February 24.

Ukrainian authorities have finally admitted that “Ghost of Kyiv”, the legendary fighter pilot hailed for many successes in war against Russia, is a myth. The acknowledgement came from Ukraine’s Air Force Command on Facebook.

“We ask the Ukrainian community not to neglect the basic rules of information hygiene,” the message posted on the social media platform said on Saturday, urging people to “check the sources of information, before spreading it”.

“The ghost of Kyiv is a superhero-legend, whose character was created by Ukrainians!” Ukraine’s Air Force Command further said.

This came after several news outlets, including NDTV, identified the legendary, mysterious, hero fighter pilot as 29-year-old Major Stepan Tarabalka, who shot down 40 Russian fighter jets. The Ukrainian authorities had earlier confirmed that he was killed in combat on March 13 and honoured with a Hero of Ukraine medal posthumously.

But, the country’s air force command has now stressed that “Tarabalka is not ‘Ghost of Kiev’, and he did not hit 40 planes”.

The news about his death was first reported by the Times of London, which also revealed his identity.

The Ukrainian military officials said the “Ghost Of Kyiv” moniker belongs to all the hero pilots of the country.

“The #GhostOfKyiv is alive, it embodies the collective spirit of the highly qualified pilots of the Tactical Aviation Brigade who are successfully defending #Kyiv and the region,” the Ukrainian Air Force said in a tweet.

The information about the death of the The Ghost of #Kyiv is incorrect. The #GhostOfKyiv is alive, it embodies the collective spirit of the highly qualified pilots of the Tactical Aviation Brigade who are successfully defending #Kyiv and the region.

The legend emerged just a day after Russia invaded Ukraine on February 24, when several posts on social media talked about a fighter pilot who “shot down 10 Russian planes”.

Several photos and videos started circulating on social media, with many prominent personalities – including former Ukrainian President Petro Poroshenko – sharing one such photo on February 25.

Just two days later, Ukraine’s official shared a video including the same picture. “People call him the Ghost of Kyiv. And rightly so – this UAF ace dominates the skies over our capital and country, and has already become a nightmare for invading Russian aircrafts,” it said in the tweet.

After the statement from Ukraine’s air force, several news outlets – including the Times of London – updated their story on the “Ghost of Kyiv”.