Salman Khan, the superstar of Bollywood, attended the event as chief guest. The actor looked handsome in a basic blue tee and black jeans with a clean shave look. Bollywood power couple Riteish Deshmukh and Genelia D’Souza made their presence felt at the event. Genelia was a sight to behold at the pre-release event of Vikrant Rona. The actress chose to sizzle in a beautiful black floral printed short bodycon dress. The look was completed with big hoop earrings and minimal makeup.

When asked about her journey in South films, Genelia D’Souza, ”Well, I am back. I had a great time working down south as well as working in Bollywood. Everyone’s been saying it’s just a device that’s probably manipulative and created and spoken a lot about but it really isn’t that because when I’m there I had a great time when I’m here I had a great time. I personally believe that it’s a journey. I mean films are the journey. We don’t really do the film for the end result. I mean we love it if it’s all in our favour. But it’s also the number of people you meet on the way, the friends you meet on the way, and I think that’s most important.” 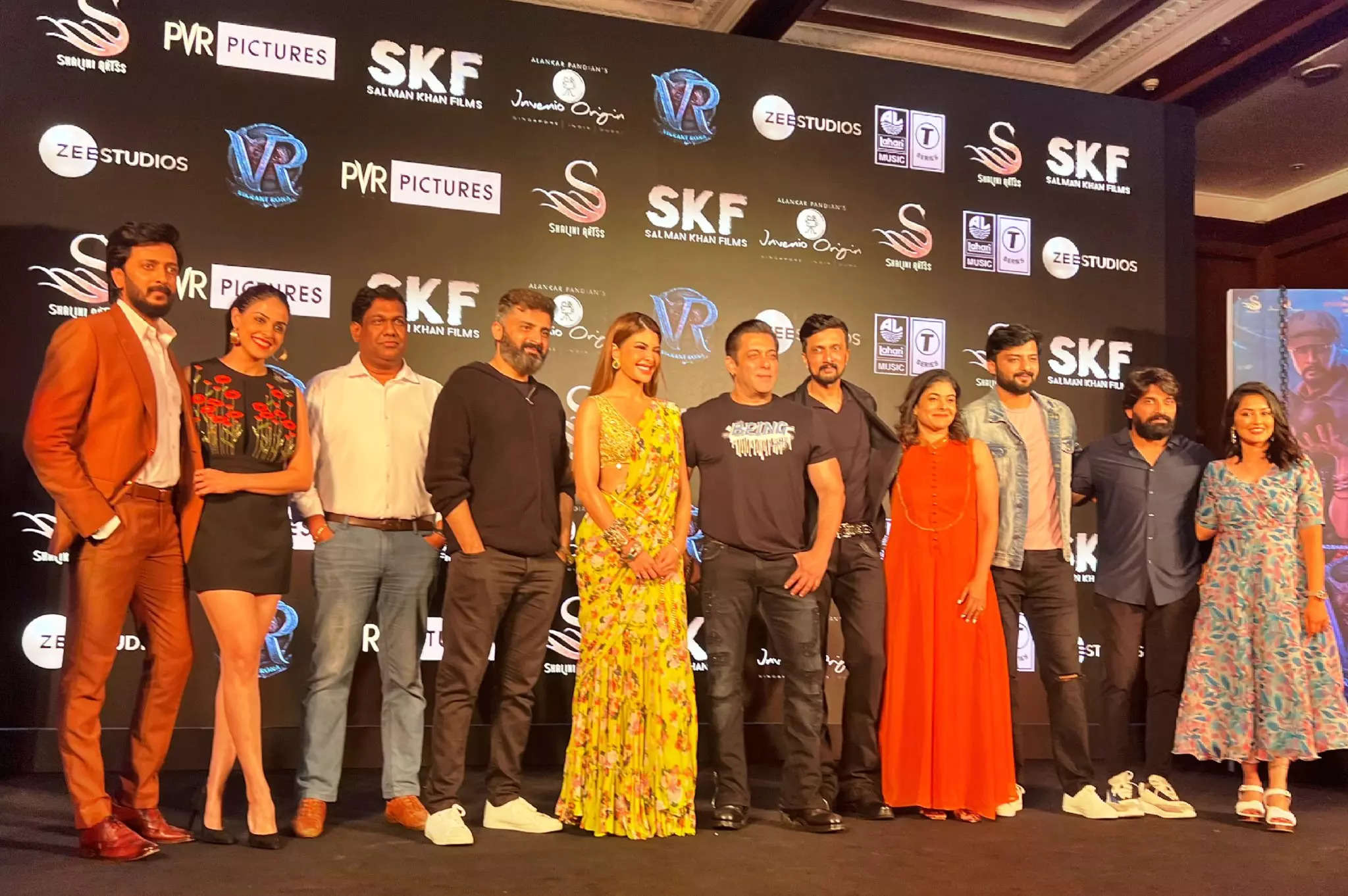 Genelia worked in hit films like Satyam, Sye, Ready, Bommarillu, and Dhee, to name a few quit acting after tying the knot with Bollywood actor Riteish Deshmukh. Now, she is all set to come up with a Telugu film.

Speaking of ‘Vikrant Rona’, the film will see Kiccha Sudeep in the titular role. Vikrant Rona will be Sudeep’s second collaboration with director Anup Bhandari. Earlier, the actor-director duo worked together for Kotigobba 3. The movie is slated for a theatrical release on July 28 and will feature Nirup Bhandari, Neetha Ashok, Jacqueline Fernandez, Ravishankar Gowda, Madhusudan Rao and Vasuki Vaibhav in pivotal roles. Along with Kannada, the makers will also release dubbed version of the film in Malayalam, Tamil, Hindi and Telugu.

Written by Anup Bhandari, the camera has been handled by William David. B Ajaneesh Loknath has been roped into compose the music for this flick, which is being bankrolled by Shalini Jack Manju and Alankar Pandian under the banner of Kichcha Creations in association with Shalini Arts and Invenio Films India.