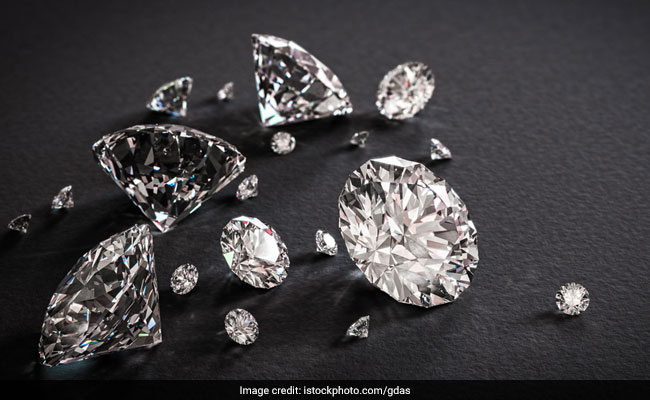 Some diamond units have cut working hours by 5-10 per cent, said a diamond trader. (Representational)

The Russia-Ukraine war has adversely affected the livelihood of lakhs of workers of the diamond industry in Gujarat, especially in rural parts of Saurashtra region where many units import small-size diamonds from Russia for processing and polishing, according to industry representatives.

Due to the shortage of supply of small-size rough diamonds from Russia, businessmen in Gujarat are forced to buy the raw material from African countries and other places, affecting their profits.

Hence, the diamond units in the state have curtailed the working hours of their workers and polishers, thus impacting their livelihood, he said.

The processing of big-size diamonds is mainly carried out at units in the state’s Surat city.

The US, where 70 per cent of the cut and polished diamonds are exported from India, has imposed a ban on Russian companies.

Mr Navadiya said a few large companies in the US have already sent them emails, saying they will not purchase goods of Russian-origin.

Hence, this has adversely affected the diamond industry workers in Gujarat, mainly in Bhavnagar, Rajkot, Amreli and Junagadh districts of Saurashtra as well as in some northern parts of the state, the industry stakeholders said.

“We had been importing nearly 27 per cent of rough diamonds from Russia. But, due to the war, now that much quantity is not reaching the processing units in Gujarat, affecting the work there,” Mr Navadiya said.

Nearly 50 per cent of the entire workforce involved in diamond processing in Gujarat works on small-size diamonds, locally known as “patli”, he said.

Before the war, about 30 per cent of the total rough diamonds imported to Gujarat for polishing were brought from Alrosa, the Russian diamond mining company, he said.

Out of all the cut and polished diamonds processed in Gujarat, 60 per cent are of Russian-origin, most of them being small-size diamonds, said Mr Navadiya.

“There is a shortage of rough diamonds due to the Russia-Ukraine war, hence we are procuring the raw material from African countries at a higher price. This has affected our profit margins by around 25 per cent,” said Lalit Thummar, a diamond trader from Amreli district.

Some diamond units have also cut the working hours of polishers employed there by 5-10 per cent, he said.

Mr Thummar said the diamond units are trying their best to ensure continuous supply of ‘patli’ diamonds from other sources, like small miners in African countries and lab-grown small-size diamonds in China, but the price of such stones has also gone up, affecting their profits.

“The diamond units are providing jobs to workers, but not on a scale seen before the war. They are being given six hours of work instead of eight hours earlier, and two weekly offs as against one day earlier,” Mr Navadiya said.

“As of now, manufacturers are sustaining despite facing losses. The production cost has increased and ready goods are not fetching the right price. Hence, the diamond units are providing limited jobs by trimming down the working hours of employees,” he said.

Vitthal Mendapara, who owns a diamond unit in Bhavnagar, said smaller units are the most affected due to the ongoing Russia-Ukraine war.

“There is a shortage of rough diamonds, but traders are using stocks lying with them to keep the polishers engaged. Workers in smaller units are affected due to the short supply of rough diamonds,” said Vitthal Mendapara, the former president of the Bhavnagar Diamond Association.