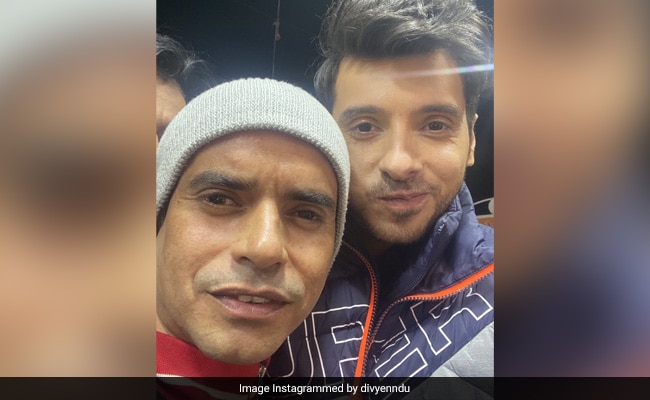 Mirzapur star Divyenndu says he is “devastated” and “still in denial” after the death of his co-star and close friend Brahma Mishra. Mr Mishra, 36, was found dead at his home in Mumbai, police said reported news agency PTI. An autopsy will be conducted at Mumbai’s Cooper Hospital; a case of accidental death has been registered and the police will investigate further, according to PTI. Divyenndu, whose Mirzapur character shared a close onscreen relationship with Brahma Mishra’s character, told Hindustan Times that he rushed to Mr Mishra’s home after being alerted by a mutual friend.

“We were in utter shock. We rushed to his place and unfortunately it was true. It is so surprising for all of us,” Divyenndu told Hindustan Times, “I was there the whole day, saw everything but (I’m) still in denial. He was too close (to me). It still hasn’t sunk in. It is devastating. He loved me way too much and I loved him.”

Brahma Mishra, Divyenndu’s junior from the Film and Television Institute of India, played Lalit in Mirzapur, the right-hand man to Munna Bhaiya, played by Divyenndu. The slogan “laal phool, neela phool, Munna Bhaiya beautiful” from the second season of Mirzapur was Mr Mishra’s idea, Divyenndu said: “He came up with that phrase, which eventually became so popular.”

After Brahma Mishra was found dead on Thursday, Divyenndu shared a photo of the two of them, writing: RIP Brahma Mishra. Our Lalit is no more. Let’s pray for him everyone.” The photo is from when the two actors caught up over dinner in Bhopal and was taken in front of a paan shop. “The picture has always been on my phone. We weren’t even shooting together. He visited me when I was in Bhopal. We had a wonderful dinner, and later, then he took me to eat paan. I have a vivid memory that it was right outside the paan shop,” Divyenndu told Hindustan Times.

See the picture of Brahma Mishra and Divyenndu here: