0
Read Time:1 Minute, 14 Second
Taapsee Pannu and Vikrant Massey’s twisted love story ‘Haseen Dillruba’ was a huge hit with fans. The gripping conclusion left enough scope for a sequel and the makers seem to have roped in a new face. ETimes has got exclusive pictures of Sunny Kaushal bonding with the team of ‘Haseen Dillruba’. 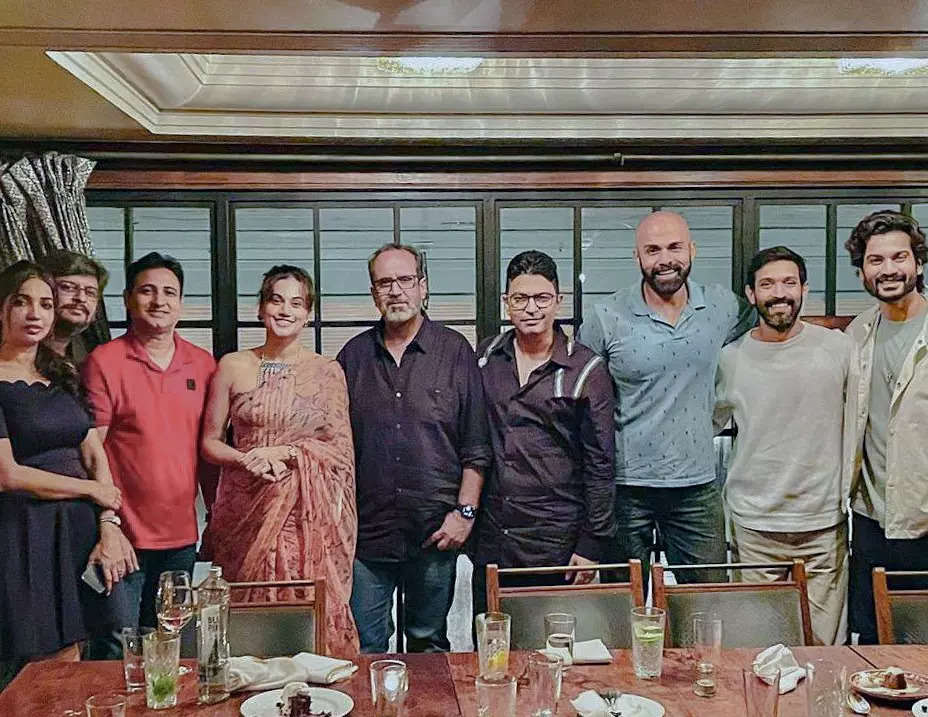 The entire team of actors, writers, directors and producers reunited at a restaurant recently, hinting of a promising sequel to ‘Haseen Dillruba’. Lead actors Tapsee Pannu and Vikrant Massey were spotted with Sunny Kaushal, writer/co producer Kanika Dhillon, director Aanand L Rai, director Jayprad Desai and producers, Bhushan Kumar and Himanshu Sharma. Looks like Rishu and Rani will soon be back with another twisted tale, this time with Sunny Kaushal playing a pivotal part.

Speaking about the film, writer Kanika had previously told ETimes, “The attempt to make ‘Haseen Dillruba’ was also to bring in the groovy pulp stories that we’ve always had as part of Hindi literature. The works of Surendra Mohan Pathak ji and Ved Prakash ji were brought into the conversation after the film released and that was a huge takeaway for me as the writer. We’ve grown up with Sydney Sheldon and James Hadley Chase but rarely do we hear people talking about pulp Hindi writers. Nobody’s made films on it or celebrated the huge mass of Hindi pulp literature out there.”

Watch: Priyanka Chopra cheers for Shah Rukh Khan as he gets honoured at a film festival and croons DDLJ’s ‘Tujhe Dekha To’ for Kajol | Hindi Movie News

Jaideep Ahlawat: This is the last era of stardom; I don’t think there could be another Shah Rukh Khan or Salman Khan – Exclusive | Hindi Movie News