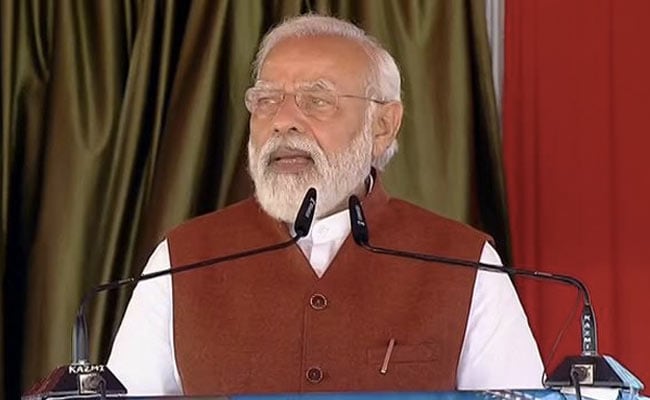 Parliament in August passed the Deposit Insurance and Credit Guarantee Corporation (Amendment) Bill, 2021, ensuring that account holders get up to Rs 5 lakh within 90 days of the RBI imposing a moratorium on a bank.

This was done keeping the ‘Depositors First’ spirit in mind, Modi said while announcing that over 1 lakh depositors have got about Rs 1,300 crore of their money with stressed banks in the past few days with the enactment of the legislation.

He assured that about 3 lakh more such account holders will soon get their deposits with the banks that are under the RBI moratorium.

The first tranche of interim payments has been released by the Deposit Insurance and Credit Guarantee Corporation recently against claims received from depositors of 16 Urban Cooperative Banks which are under restrictions by the RBI. The second tranche would be released on December 31, 2021.

Stressing that the reform has ensured that depositors’ money remains safe even when there is a bank failure in the future, Modi said this will help in boosting confidence of depositors in the banking system.

Modi, while addressing a function on the theme ‘Depositors First: Guaranteed Time-bound Deposit Insurance Payment up to Rs 5 Lakh’ here, said, the system of insurance for bank depositors came into being in the 60s in India.

Earlier, out of the amount deposited in the bank, only the amount up to Rs 50,000 was guaranteed, and it was later raised to Rs 1 lakh.

“Understanding the concern of the poor, understanding the concern of the middle class, we increased this amount to Rs 5 lakh…Earlier where there was no time limit for refund, now our government has made it mandatory within 90 days i.e. 3 months. That is, even in the event of a bank sinking, the depositors will get their money back within 90 days,” he said.

“If we want to save the bank, then depositors have to be protected,” he said.

Emphasising that depositors and their interests were kept high on the agenda of the Modi government, Finance Minister Nirmala Sitharaman said, it has been shown in various forms.

“One was to restore the health of the banks through the four ‘R’ principles where depositors interests have been kept in mind, taxpayers’ interest has been kept in mind and as a result the public sector banks’ health has so improved that today they are able to raise money on their own in the markets,” she said.

In February 2020, the government raised the insurance cover to Rs 5 lakh, she said, so the normal middle-class households who have put their hard earned savings in banks get their money in due time.

“There were cases of people who had waited for their deposits for five years, six years, seven years and couldn’t get the money back because either the bank had to be liquidated, or some kind of amalgamation had to happen (as per the law),” she said.

The amendment to the law was made keeping in mind the hardship faced by depositors, she said, adding “that is why not only for those who have been affected from the day the law has been passed, but also earlier, those who have been waiting for the monies have all been included”.

Observing that this government is sensitive to the needs of the middle class, the Finance Minister said, again in the case of distressed homebuyers, it has provided last mile funding for stressed projects for completion of dwellings.

The government in 2020 set up an alternative investment fund mechanism which can fund these last-mile completion of housing projects.

Speaking on the occasion, Financial Services Secretary Debasish Panda said, the government, under the direction of the Prime Minister, increased the insured deposits of account holders five-folds to Rs 5 lakh by amending the law.

The additional amendment to the law passed earlier this year ensures that the insured amount of Rs 5 lakh is refunded to the account holders of stressed banks within 90 days of imposition of moratorium or restrictions imposed by the RBI, Panda said.

This is an important milestone in the evolution of protection of depositors in our country, RBI Governor Shaktikanta Das said.

The theme of today’s event ‘Depositors First’ is a very important theme and in fact that is the guiding philosophy of the Reserve Bank of India for all its action and all its policies so far as banks are concerned, he said.

“Our focus is to protect the resilience of the banks and, more importantly, to keep in mind the interest of the depositors uppermost in our mind, whether it is the banking regulations, whether it is our supervision methods, or it is any scheme that is announced by the Reserve Bank,” Das said. PTI DP